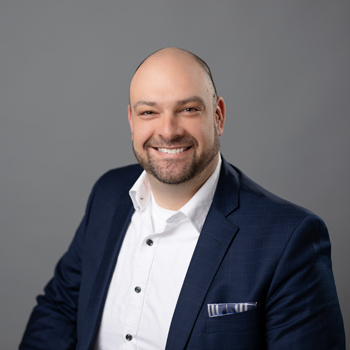 From 2011 to 2019, Dr. Michael Khbeis was the Director of the Washington Nanofabrication Facility (WNF) at the University of Washington (UW). The WNF is the largest public access cleanroom in the Northwest and serves over 100 UW principal investigators and companies in prototype development and new process and materials R&D. In his research, Michael led the development of enabling technologies for 2.5D/3D integration and flexible electronic systems for the US Department of Defense.

Serving as Research and Engineering Microelectronics Division Chief (2009-2011) and Branch Chief (2005-2009), Dr. Khbeis was one of the youngest researchers to achieve executive grade in the National Security Agency. Throughout his career, Michael’s work has led to various technological developments, such as novel, low-profile packaging, plasma activated covalent bonding, and high aspect ratio sub-micron through silicon vias for high-density interconnect and patents for stacked systems thermal management. In order to develop these capabilities, Michael managed, designed, and oversaw construction or renovation of three cleanroom laboratories and specified, acquired, installed, and commissioned over 140 major semiconductor fabrication and advanced packaging tools.

In addition, Michael has worked as an independent contractor on various programs including high-density OLED displays, antenna arrays, high-density RF circuits, and critical government projects. Recently, Dr. Khbeis has been consulting for LocatorX on novel hardware architectures, including atomic clock and BLE chips for geolocation and supply chain hardening.